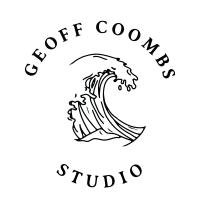 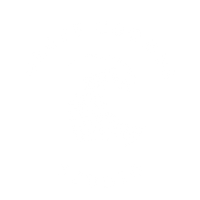 Geoff Coombs Studio is a creative studio based in Ontario, Canada. We exist to create revolutionary content for adventurous brands around the sea, land and air.
FOLLOW US
Faith

I’ll begin with the most fundamental defense for the resurrection using a minimal facts approach – which basically means using facts that are agreed upon by essentially 99% of scholars both theist and atheist. (This is the argument used by world renowned New Testament scholar Gary Habermas in various debates). Having researched this heavily for a while, I will try to keep it as simple and as brief as I can, although this topic is filled with evidence and interesting historical data that is simply impossible to confine to my blog.

First off though, it must be said that nothing in ancient history can be proven as 100% fact. Some would even say nothing at all can be proven to be 100% true, although this is not my opinion. However, this is how history works, on a scale of probability. So we operate on a scale of historical certainty, from very doubtful to very certain. Every worldview faces the same challenges as Christianity does. Neither atheism, nor other worldviews can be proven to be absolutely true. Our very state of current understanding about life and consciousness is being peeled back with doubts through recent evidences in quantum mechanics and theoretical physics, and so we are always learning.

But does this mean we can’t make an informed decision? Absolutely not. The Christian worldview, in so far as I have discovered, is the most accurate worldview, both historically and scientifically. Indeed, most skeptics will eventually argue through a priori reasoning that the resurrection simply cannot be true because of things we think we know about humans, and of miracles.

This common objection is the argument of prior probabilities. It goes the following: The resurrection (if true) is a miracle, and since miracles are highly improbable or impossible, therefore they probably do not occur, so the resurrection is false. Why is it false? Because miracles are highly improbable to occur or impossible.

This is simply a logical fallacy of circular reasoning. As I have researched, every objection eventually is grounded in this reasoning, but I think it is closed minded. This objection ignores the historical evidence available, and already assumes the conclusion from the outset. In a future post I will describe the most common objections to the resurrection, and refute them.

So what is the evidence for Christ’s resurrection?

These four facts are regarded at the very end of the certainty scale as being most certain and agreed upon as historical facts by virtually all scholars, both skeptics and believers alike. The fifth fact is agreed upon by approximately 75% of scholars, so somewhere around moderately to fairly certain.

Crucifixion was a common form of execution in the Roman Empire, and it was an excruciating way to die. In the 1stcentury B.C, Cicero, a Roman statesman described crucifixion as ‘the most cruel and disgusting penalty’. The crucifixion of Jesus is reported in all four gospels, as well as the Pauline epistles, which are highly considered accurate. Even leaving those sources out, non-Christian sources, like the 1stcentury A.D Jewish historian Josephus who wrote about it in his Testimonium Flavianum, also describe Jesus’ death.

Roman historian Tacitus wrote about Christ’s death by crucifixion in his final work, Annals(116AD). Tacitus writes, “Nero fastened the guilt (of the burning of Rome) and inflicted the most exquisite tortures on a class hated for their abominations, called Christians by the populace. Christus, from whom the name had its origin, suffered the extreme penalty during the reign of Tiberius at the hands of one of our procurators, Pontius Pilate.” These two sources are independent sources with enemy attestation, confirming Christ died on the cross. There are more sources as well, from the Talmud and Lucian of Samosata. Indeed, Jesus of Nazareth being crucified is as soundly historical as any other ancient historical fact, and many would argue more so.

The rise of Christianity from intense persecution in the 1stCentury AD is remarkable. The disciples of Jesus were scattered, fearful and fled when he was killed. Despite this, the disciples changed drastically, becoming bold and standing up to the Jewish and Roman authorities to the point of imprisonment, torture and martyrdom. This contrast that happened in the disciples from fear to boldness and courage is remarkable. They fully believed Jesus had risen and many sources conclude this, through early church fathers like Clement of Rome, Paul, Polycarp, and Ignatius, the bishop in the church in Antioch. Tertullian, an early church father wrote just prior to 200 AD reporting the martyrdoms of Peter and Paul, where Peter was crucified upside down, and Paul was beheaded under the reign of emperor Nero. There is in all seven ancient sources of historical data showing that the disciples sincerely believed and were absolutely convinced they had seen the risen Jesus – it is impossible to ignore.

The disciples also claimed that they had seen the risen Jesus, which is backed up through nine early independent sources through the apostle Paul’s testimony, the oral tradition of the early church, and the written works of the early church, all of which are essentially unanimous in their reliability among historians, both skeptic and believer. Liars make poor martyrs.

Saul of Tarsus, a Jew, persecuted the early church and the apostles, when suddenly he converted to a believer, changed his name to Paul, and wrote some of the most important documents to the Christian faith. While a person converting to Christianity is not inherently important, Paul’s story is much different. Paul’s own testimony, Luke’s record in Acts, and a story circulated in Judea among early Christians, as hinted in Galatians, are reliable sources of Paul’s conversion. And according to these sources, Christ had appeared to Paul, which caused his sudden conversion from persecutor to believer.

James was a skeptic while Jesus was alive. The gospels report James as being the brother of Jesus, along with three other brothers. Josephus, the Jewish historian wrote, ‘the brother of Jesus who was called the Christ, whose name was James’. The second century Christian historian, Hegesippus reported James as being a pious Jewish believer. Paul indirectly recorded the same in Galatians. So, these sources and the Gospels report James was an unbeliever during Jesus’ ministry. The ancient creedal material in 1 Corinthians 15:3-7 claims the risen Jesus appeared to James. Subsequently James is identified as a leader of the early church in Jerusalem. Finally, ancient historians Josephus, Hegesippus, and Clement of Alexandria, the latter two being attested by Eusebius, claim James was martyred for his faith in Christ. Therefore, James’ faith and conversion are confirmed in Christian and non-Christian sources.

This last fact is attested to by many critical scholars in the field. Although it is not as strongly agreed upon as the latter four facts discussed, there is still strong evidence for it. For one can reason, Christianity would have been impossible to thrive and grow as fast as it did if the body of Jesus had still been in the tomb. The Romans or the Jewish authorities would merely need to recover the body to disprove the apostle’s claims. The empty tomb is also not only attested by Christian sources. It is also attested to by enemies of Jesus, the Jewish authorities who claimed the body had been stolen, therefore indicating they had no idea where the body was. If indeed the body had been stolen, this contradicts the facts described above and doesn’t fully explain the data. The account of the enemy tomb is also attested to by woman as being the primary witnesses.

In Jewish and Roman culture, testimony from woman would have been highly criticized. The Jewish historian Josephus says this, ‘But let sooner the testimony of women be admitted, on account of the levity and boldness of their sex, nor let servants be admitted to give testimony on account of the ignobility of their soul; since it is probable that they may not speak truth, either out of hope of gain, or fear of punishment.’

‘Sooner let the words of the Law be burnt than delivered to women’ (Talmud, Sotah 19a).

‘Any evidence which a woman gives is not valid (to offer), also they are not valid to offer. This is equivalent to saying that one who is Rabbinically accounted a robber is qualified to give the same evidence as a woman.’ (Talmud, Rosh Hashannah 1.8).

If the empty tomb story had been made up, it would be far more convincing to get the faith off the ground if the first witnesses were men and not women. So, it seems that the empty tomb is historically likely given all this information (of which there is more), given the principle of embarrassment in assessing historical accuracy.

So, in using these evidences, the resurrection of Jesus explains the given historical data very well, with no contradictions. I realize it may be hard for some to see this evidence and accept it, and certainly it does not prove the resurrection 100%, but as I said earlier, historical accuracy is measured on a scale of certainty. Given these minimal facts that are heavily supported by sound evidence, the resurrection of Jesus is historically certain. There is so much historical evidence that I haven’t been able to explain in one blog post, but feel free to message me with questions, or research for yourself. Any opposing theory to the resurrection must account for these facts, as well as others, and explain them consistently. As far as I have learned however, there is no theory that best explains these facts better than the resurrection itself. And if indeed Christianity is true, it is of eternal significance for all people.